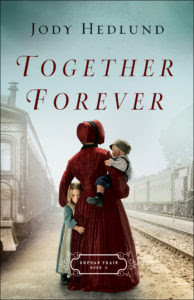 Title: Together Forever, Orphan Train Book 2
Author: Jody Hedlund
Genre: Inspirational historical romance
Release Date: May, 2018
Determined to find her lost younger sister, Marianne Neumann takes a job as a placing agent with the Children’s Aid Society in 1858 New York. She not only hopes to offer children a better life, but prays she’ll be able to discover whether Sophie ended up leaving the city on an orphan train so they can finally be reunited.
Andrew Brady, her fellow agent on her first placing-out trip, is a former schoolteacher who has an easy way with the children, firm but tender and friendly. Underneath his charm and handsome looks, though, seems to linger a grief that won’t go away–and a secret from his past that he keeps hidden.
As the two team up, placing orphans in the small railroad towns of Illinois, they find themselves growing ever closer . . . until a shocking tragedy threatens to upend all their work and change one of their lives forever.
My Thoughts "Together Forever" is the 2nd book in the Orphan Train series. If I had realized that there was another book (and a prequel novella), I would have read them first. Even so, the book was able to be read alone. I did suspect that there had been another book when it was giving a brief history of Elise and Thornton's relationship. It felt like there was more to the story, but I didn't feel it was absolutely necessary to have read it. I did wonder if Reinhold had made an appearance in the first book. I found the book to be well written and flowed really well. I loved Marianne and Drew and their interactions with each other and the orphans. I liked the spiritual thread woven through and the grow the characters experienced. Learning more about the "orphan trains" was interesting and makes me want to know more about them. I look forward to reading the next book in the series. 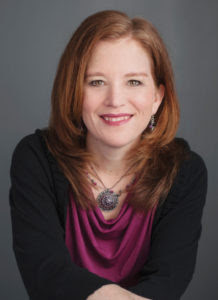 Jody Hedlund is the author of over a dozen novels, including Love Unexpected, Captured by Love, Unending Devotion, The Preacher’s Bride, and A Noble Groom, winner of the 2014 Carol Award for historical romance. She received a bachelor’s degree from Taylor University and a master’s from the University of Wisconsin, both in social work. She lives in Michigan with her husband and five children. She loves hearing from readers on Facebook and on her blog at www.jodyhedlund.com.

30,000 Abandoned Children
By Jody Hedlund
Imagine a city where 30,000 abandoned and homeless children live on the streets.
Sounds like something from a futuristic dystopian novel, doesn’t it? Or something that might happen after a war or apocalypse or major disaster, right?
This exact thing actually happened in the 1850’s. And the city was New York City.
It’s hard to believe, but an estimated 30,000 homeless children roamed the dirty city streets and alleys of New York City.
30,000. Children. Let that sink in for a minute. That’s the size of a town.
Historians look back on that time and try to make sense what led to such horrific conditions for children. Of course, the influx of immigrants was at an all time high. Jobs and housing were scarce. Diseases were rampant. Hunger and poverty became a norm. (Orphan Train Depot) 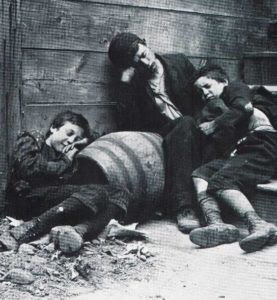 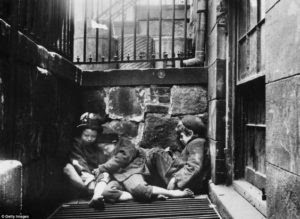 As more and more people became aware of the enormous problem within the crowded slums, courageous heroes rose up and attempted to do their part to make a difference.
While we may not always agree with the methods that were used to save the thousands of homeless children, we can admire the men and women who could no longer sit idly by.
The Children’s Aid Society was started by Charles Loring Brace as one such attempt to help the hordes of homeless children. His “Emigration Plan” is better known today by the term “Orphan Trains.” 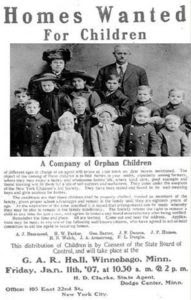 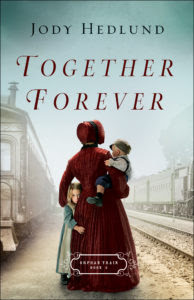 My latest series tackles various elements of the orphan train movement. Together Forever, releasing in May, highlights the placing agents, those devoted people who rode the trains with the orphans. The agents spent weeks and months on the road caring for the children, all the while trying to place them in loving homes.
(If you’d like to try out the series, start with my FREE novella, An Awakened Heart.)
Like the brave men and women who came before us, may we always strive to do our part to make a difference!

By The Book, May 22
Pink Granny’s Journey, May 22
Blogging With Carol, May 22
ansel book blog, May 22
Reflections From My Bookshelves, May 23
Moments Dipped in Ink, May 23
Genesis 5020, May 23
Blossoms and Blessings, May 23
Reading Is My SuperPower, May 24
Chas Ray’s Book Nerd Corner, May 24
D’S QUILTS & BOOKS, May 24
Christian Bookaholic, May 24
Just the Write Escape, May 25
Among the Reads, May 25
The Power of Words, May 25
Debbie’s Dusty Deliberations, May 25
Radiant Light, May 26
The Christian Fiction Girl, May 26
The Avid Reader, May 26
Janices book reviews, May 26
Daysong Reflections, May 27
Mary Hake, May 27
Carpe Diem, May 27
Jeanette’s Thoughts, May 27
Kathleen Denly, May 28
History, Mystery & Faith, May 28
A Baker’s Perspective, May 28
Simple Harvest Reads, May 28 (Guest Post from Mindy Houng)
Faithfully Bookish, May 29
God’s Little Bookworm, May 29
Christian Chick’s Thoughts, May 29
Cover to Cover and Everything in Between, May 30
Neverending Stories, May 30
Maureen’s Musing, May 30
Bigreadersite, May 30
Inklings and notions, May 31
To Everything A Season, May 31
Two Points of Interest, May 31
Christian Author, J.E.Grace, May 31
Have A Wonderful Day, June 1
Lighthouse Academy, June 1
Godly Book Reviews, June 1
Red Headed Book Lady, June 2
For the Love of Books, June 2
Vicky Sluiter, June 2
proud to be an autism mom, June 3
Bibliophile Reviews, June 3
Texas Book-aholic, June 3
Connie’s History Classroom, June 4
Pause for Tales, June 4
Book Bites, Bee Stings, & Butterfly Kisses, June 4
Reader’s cozy corner, June 4

To celebrate her tour, Jody is giving away a grand prize of a $25 Amazon gift card!!
Click below to enter: https://promosimple.com/ps/cee5/together-forever-celebration-tour-giveaway

"Together Forever" is available in paperback:

and in Kindle edition:
I got a free copy of this book. All thoughts and opinions are my own and given voluntarily. No compensation was received for my review.
Posted by Becky Dempsey at 7:00 AM

Thank you for hosting me in the Celebrate Lit blog tour! I'm so glad you enjoyed the book even though you hadn't read the first book in the series! Blessings!

The orphan book series is also a great learning experience. Such touching stories.

Congrats on the tour and I appreciate the book description and the great giveaway as well. Love the tours, I get to find books and share with my sisters and now my twin daughters who all love to read. We have found some amazing books for everyone. So, thank you!