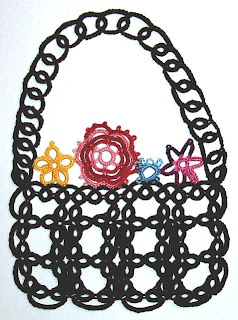 I mailed off the first item in my Extreme Tatters Round Robin. This one is for Ellen Lai .
This will also be in my new tatting book, although I need to tweak the bottom of the basket a little and I'd like to come up with a variation for eggs in the basket.
Posted by Becky Dempsey at 9:52 AM 1 comment:

Sunday was Emily's 3rd birthday (and her party). Here are some pictures: 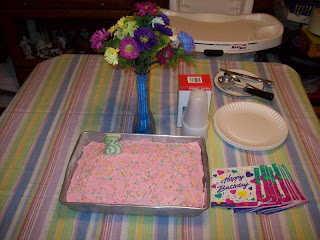 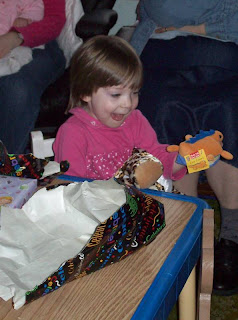 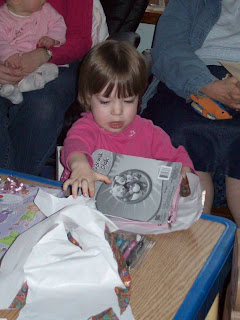 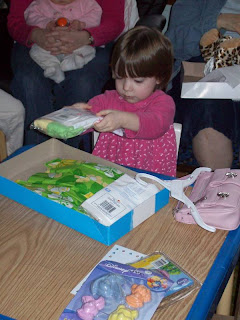 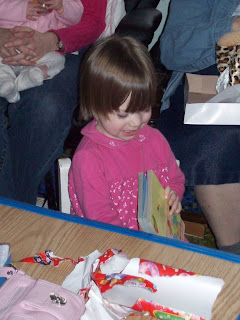 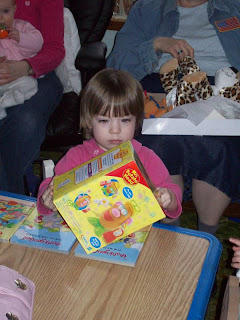 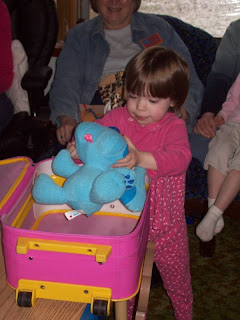 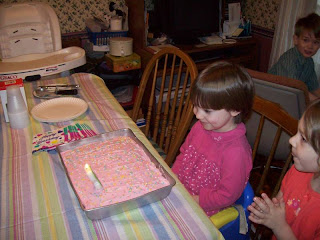 Our Trip to ER

Yesterday evening after dinner, the kids were in the other room. It turns out they were in on our bed (which usually means they are goofying around like they aren't supposed to be on our bed). Sarah was trying to get Emily to "mind" (which for her usually means hitting or pushing) and Emily ended up falling off the bed and hitting her head on something (the dresser?) Emily came running out with blood splotches on her shirt. I looked for the source of the bleeding and realized it was coming from her head. I grabbed a napkin from the table and applied pressure. The bleeding stopped fairly quickly, but the wound was pulling apart and about ½" long. We called the after hours message service and waited for the doctor to call back. He confirmed that it sounded like it needed stitches, so off we went to the ER. 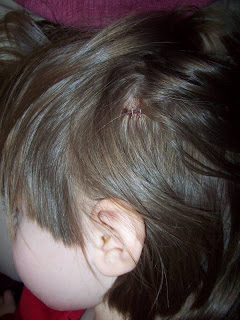 Emily ended up with 2 staples (so they didn't have to shave a spot in her hair)
If it showed, they might have done more, I suppose. 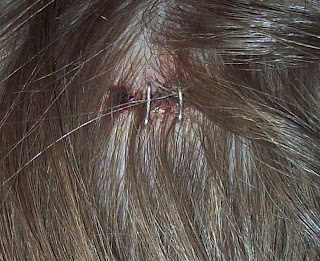 We have to go the doctor to get the staples removed in a week.

I've had quite a few people ask what other patterns were going to be in my new tatting pattern book. It is going to be things to tat for each month/season.

Here are a few sneak peaks!

Now that my mom's birthday is over (and St. Patrick's Day) I can show what I made for her! This is one of my latest designs and will be featured in my new tatting book which I hope will be out this spring or early summer! 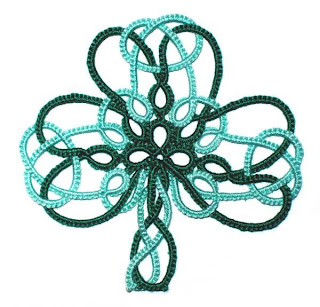 With the warmer weather we've had this week, the kids have been outside quite a bit. We got out the sidewalk chalk and they created masterpieces. 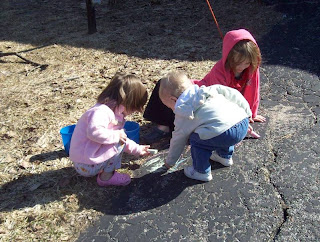 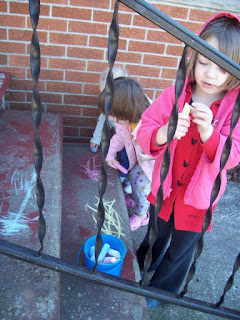 Posted by Becky Dempsey at 12:32 PM No comments:

After using the dryer balls for awhile, they started unwinding. Most of the time it was just a little loop that needed to be re-wound, but then I had whole balls unwinding! I think that the wool that I used has to be a superwash wool that doesn't felt! These did help cut down on static, so I guess I have to put some money into it and get some wool that really will felt! 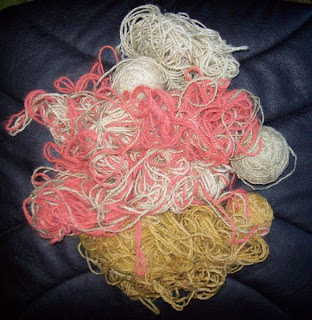 Posted by Becky Dempsey at 12:23 PM No comments:

We got to see our little one today! I love being able to see them squirming around in there! We found out we were going to have a boy. So we will have 2 girls and 2 boys! He will be Andrew Joseph. 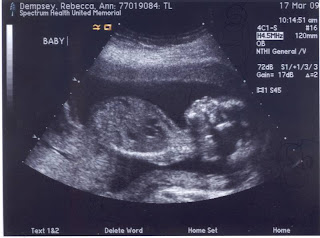 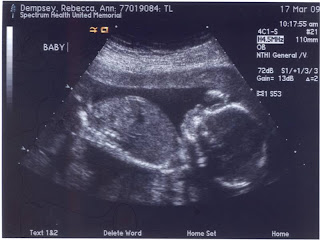 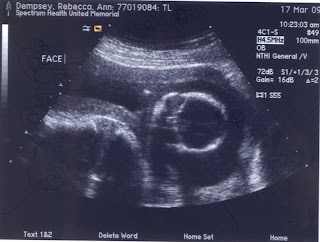 If anyone is interested, I have a website set up to record the progress of this pregnancy. There isn't much on it yet, but after our ultrasound on Tuesday, I'll have those pictures to put up, too!


(I tried to post about it last week, but Blogger &/or my computer was acting up and I couldn't and then I kept forgetting!)
Posted by Becky Dempsey at 3:35 PM No comments:

March is the month for our bookmark exchange for the West Michigan Lace Group.

This is the bookmark I made. It is from a pattern by Ellen Lai.

This is the bookmark I got and is made by Shawna B.

I'm finally getting around to posting about the Valentine's Day "party" that our church had on the 13th. 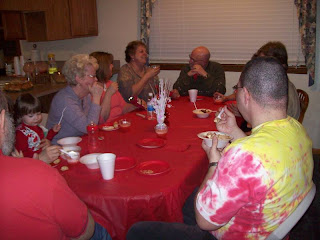 Of course there was food! 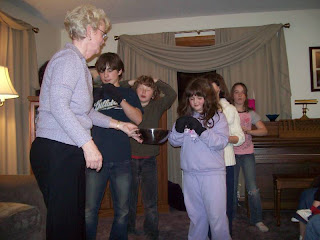 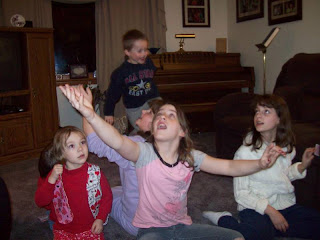 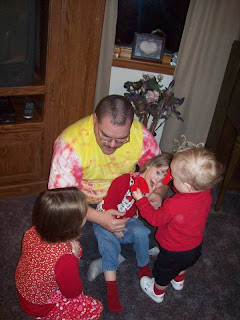 family!
Posted by Becky Dempsey at 12:22 PM No comments: