Evangelistic Meetings with Will Galkin

As I posted earlier, Will Galkin and the rest of the Galkin Evangelistic Team were at our church this past week.  It started on Sunday with Will doing Sunday School, morning church, and evening church and continuing with nightly messages for Monday through Thursday.  Friday, they had an Irish Concert with a gospel message afterwards.  I found the messages to be very practical and relevant to me and I was made aware of areas that I need to work on in my own life.  The music was very enjoyable and I decided to purchase their most recent CD "By Faith" . They sang a lot of the songs from this CD this week and it has the title song "By Faith" which I LOVE (there is a link to the video in the post I mentioned earlier).  I have lost count of the number of times I've listened to the album! (I'm actually listening to it as I write!)  I'm not sure why the music "moves" me the way it does.  In part it may be from the way the team's voices blend, the strings (being a violin player, I am partial to strings, particularly the cello), and of course, the message behind the music.  Some of the lyrics that I liked a lot were:
"Your perfect will in Your perfect way"
"I want so much Lord to make You the focus, to serve You in secret and never be noticed"
"When I don't get to have my own way, I will trust in You, for You know what is best"

I took some pictures on Wednesday and Friday.

Wednesday, the kids came in from their pre-service and sat in the front so they could sing a special number.  William was TALKING to the evangelist's son, William (☺) while they were waiting.  I don't think I've posted on my blog about the fact that we're pretty sure that William has what is known as "Selective Mutism" which is a form of social anxiety where they can't talk in certain situations (like school) but can in others (like home).  This fall has been a real turning point in William and he has started talking to people he's known his whole life at church (if it is his idea) and engaging (non verbally) with people.  He had yet to go in front for a program with the other kids (he usually stays behind in the seats) and Wednesday, he went up with them!  AND he sang and did the motions!  I nearly cried. 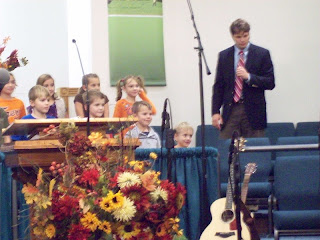 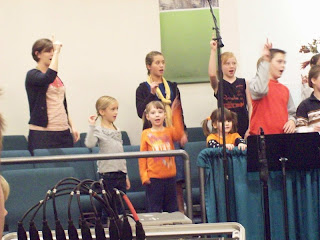 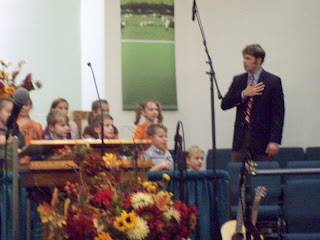 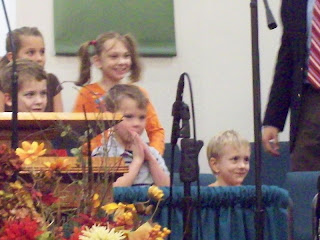 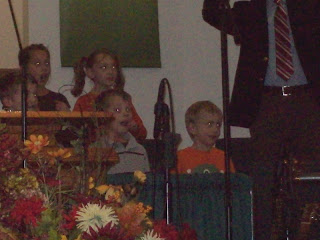 As a comparison, this is a picture from the last time Will was in front with the other kids (2009).  (He's got a terrified look, reaching for Daddy who was doing the sound) 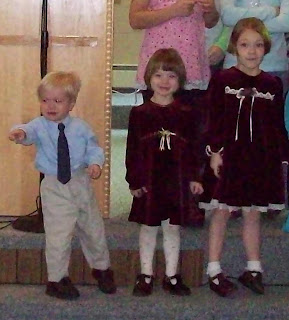 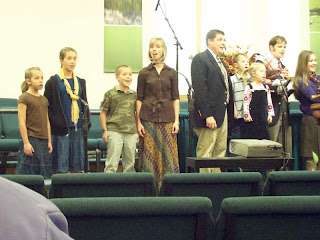 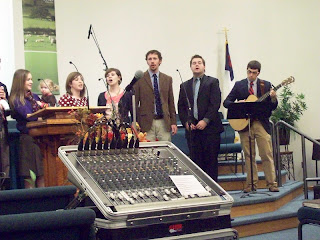 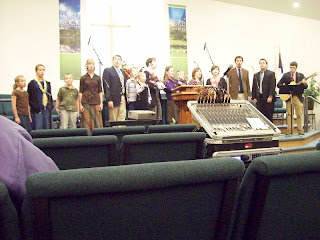 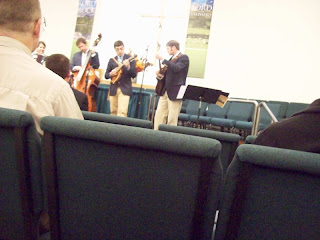 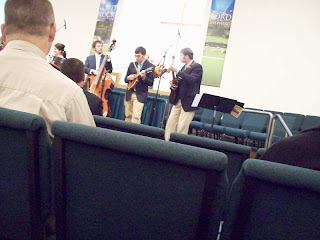 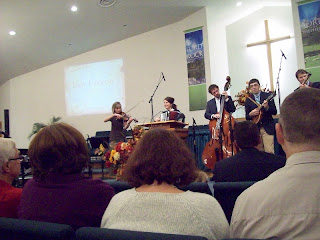 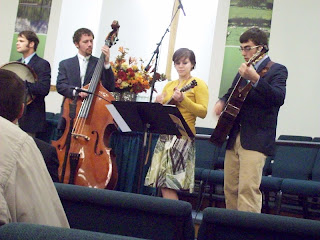 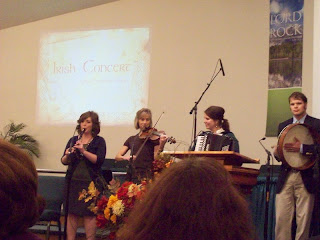 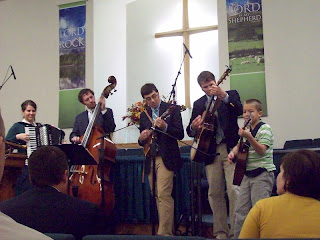 In all the pictures I got of Will Galkin he has a funny face! 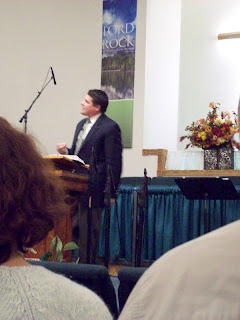 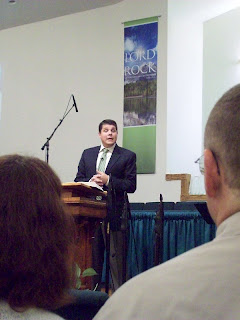 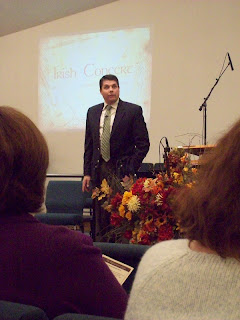 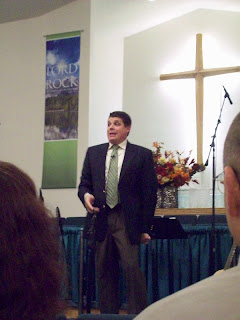 Posted by Becky Dempsey at 6:00 AM