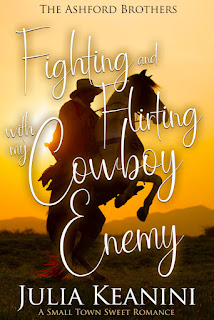 Book: Fighting and Flirting with My Cowboy Enemy

Jackson Ashford seems to have it all. Gorgeous looks, fulfilling job, loving relationship with his family . . . and he looks amazing in a cowboy hat. He may be a bit of a grump at times, but that doesn’t deter the women of Blue Falls from vying for his attention. So when Ruby Ellison arrives at his doorstep and hates Jackson on sight, he’s confused, to say the least.

Ruby Ellison never intended to come to the tiny town of Blue Falls, Idaho, but when her best friend’s search for her birth father takes her there, Ruby follows. She comes because she’d never let Madi down, but she stays because she quickly comes to love the small town. It’s the best place she’s ever lived . . . with one exception. Jackson Ashford. But Ruby figures she’ll just avoid him. Blue Falls is a small town but surely it’s big enough for two people to keep their distance.

But when Jackson and Ruby are both asked to coach an eight-year-old girls’ basketball team, Ruby realizes there will be no avoiding the man. She’ll just have to hate him up close rather than from afar. But as Ruby gets to know him she realizes that maybe the man she thought she knew isn’t really who Jackson is at all.

Join Ruby and Jackson as they fight and flirt their way to a happily ever after.

Fighting and Flirting with My Cowboy Enemy Excerpt 3

He plainly stated that he was still dating other women at the same time and told them they should date other men as well, and his system typically worked well.

Jackson slammed on his brakes, his truck lurching forward even after the tires had stopped.

“What in the heck,” he muttered as he threw his truck into reverse and found what, or rather who, had caused him to stop.

Someone was parked on the side of the road, hood up.

And in Blue Falls, when someone was in a predicament like this one, neighbors helped out.

Jackson pulled up a bit, parking his car just in front of the stalled car before stepping out into the cold night air.

“Oh my gosh. Thank you so much,” a familiar voice gushed, her car door opening at the same time Jackson’s shut. “I don’t know what happened and my phone doesn’t get any reception out here and—”

Ruby’s mouth slammed closed when she recognized who had pulled over to help her.

“You!” she said, pointing an accusing finger. As if all of this was somehow Jackson’s fault even though all he’d done was stop to offer aid.

“I believe you were just thanking me?” Jackson couldn’t help but push her buttons. 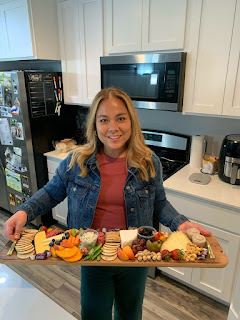 Julia Keanini is just a city girl living in a country world (and secretly loving it). She loves the mountains and would adore the beach, if it weren’t for all the sand and salt (wait, that is the beach?). A good book, a great song, or a huge piece of chocolate can lift her mood, but her true happiness is found in her little fam. She writes about girls and women who deal with what life throws at them and always about love, because she LOVES love.

Posted by Becky Dempsey at 9:48 PM