Can Promises Made in Times of Struggle Endure 200 Years?

Visit historic American landmarks through the Doors to the Past series. History and today collide in stories full of mystery, intrigue, faith, and romance.

Young, spirited Josie Wilkins life is about to take a turn when faced with political turmoil and forbidden love in San Antonio of 1836. John Gilbert has won her heart, despite being a Protestant preacher who is forbidden to practice his faith in Texas. Will either of them survive an epic battle for liberty to create a legacy of love?

Nearly 200 years later, Kayleigh Hernandez takes breaks from her demanding job as a refugee coordinator working with Mexican migrants to attend flea markets where she has found a uniquely engraved ring. Enlisting the help of appraiser Brandon Shuman, they piece together a love story long forgotten. But will dangers linked to Kayleigh’s work end her own hopes for leaving a legacy built on hope, faith, and love?

I really enjoy the Doors to the Past series of books. It is interesting to see the two time lines and find out how they tie together. I found the book to be well written, although there was one discrepancy with how Kayleigh's mother's ring was lost. I honestly didn't know much about the time period surrounding the Alamo battle and it was interesting to read about it. I look forward to more books in this series and by Liz Tolsma. 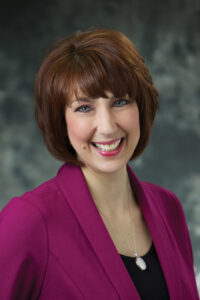 Liz Tolsma is the author of several WWII novels, romantic suspense novels, prairie romance novellas, and an Amish romance. She is a popular speaker and an editor and resides next to a Wisconsin farm field with her husband and their youngest daughter. Her son is a US Marine, and her oldest daughter is a college student. Liz enjoys reading, walking, working in her large perennial garden, kayaking, and camping. Please visit her website at www.liztolsma.com and follow her on Facebook, Twitter (@LizTolsma), Instagram, YouTube, and Pinterest. She is also the host of the Christian Historical Fiction Talk podcast.

When asked how many died at the Alamo, many would answer that everyone did. While it’s true that all fighting on the side of Texas independence perished, there were survivors, all women and children and one slave. The only white woman (the rest were of Mexican descent) was Susannah Dickinson, along with her daughter Angelina. Susannah had followed her husband, Almaron, to Mexican Texas in 1831. They had married two years before when Susannah was just fifteen. She never learned to read or write.

She and the other women hid in the sacristy of the church, one of the surviving buildings in the mission and what we now think of as the Alamo. Her husband died, but Mexican General Santa Anna found them and spared their lives, sending them to Sam Houston with $2 each and a blanket.

She married again the following year but divorced him almost immediately on the grounds of cruelty. She married a third time the following year and was married for five years until her husband died of alcoholism. A fourth marriage occurred in 1847, but she divorced again in 1857, this time allegedly because she was having an affair. That same year, she married for a fifth time. This marriage lasted until her death in 1883.

The ring in A Promise Engraved is based on a cat’s eye ring supposedly given to Angelina by William Travis before the battle. Angelina was Susannah’s only child. She married and had three children, but that marriage ended in divorce. She gave the ring to a man she’d become involved with in New Orleans. She married again and had one more child but died in 1869 from a uterine hemorrhage.

Book Reviews From an Avid Reader, May 28

The Write Escape, May 28

Happily Managing a Household of Boys, May 29

Inklings and notions, May 31

Blogging With Carol, May 31

For Him and My Family, June 3

For the Love of Literature, June 8

Through the Fire blogs, June 9

Labor Not in Vain, June 9

Little Homeschool on the Prairie, June 10 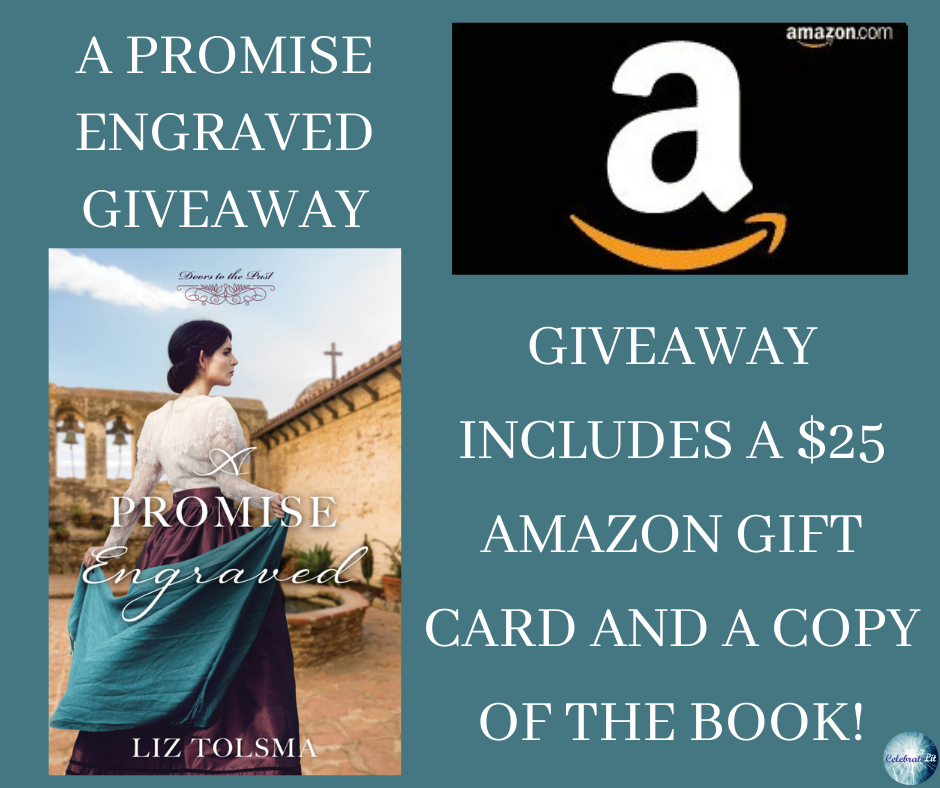 To celebrate her tour, Liz is giving away the grand prize package of a $25 Amazon gift card and copy of the book!!

I got a free copy of this book. All thoughts and opinions are my own and given voluntarily. No compensation was given for my review.