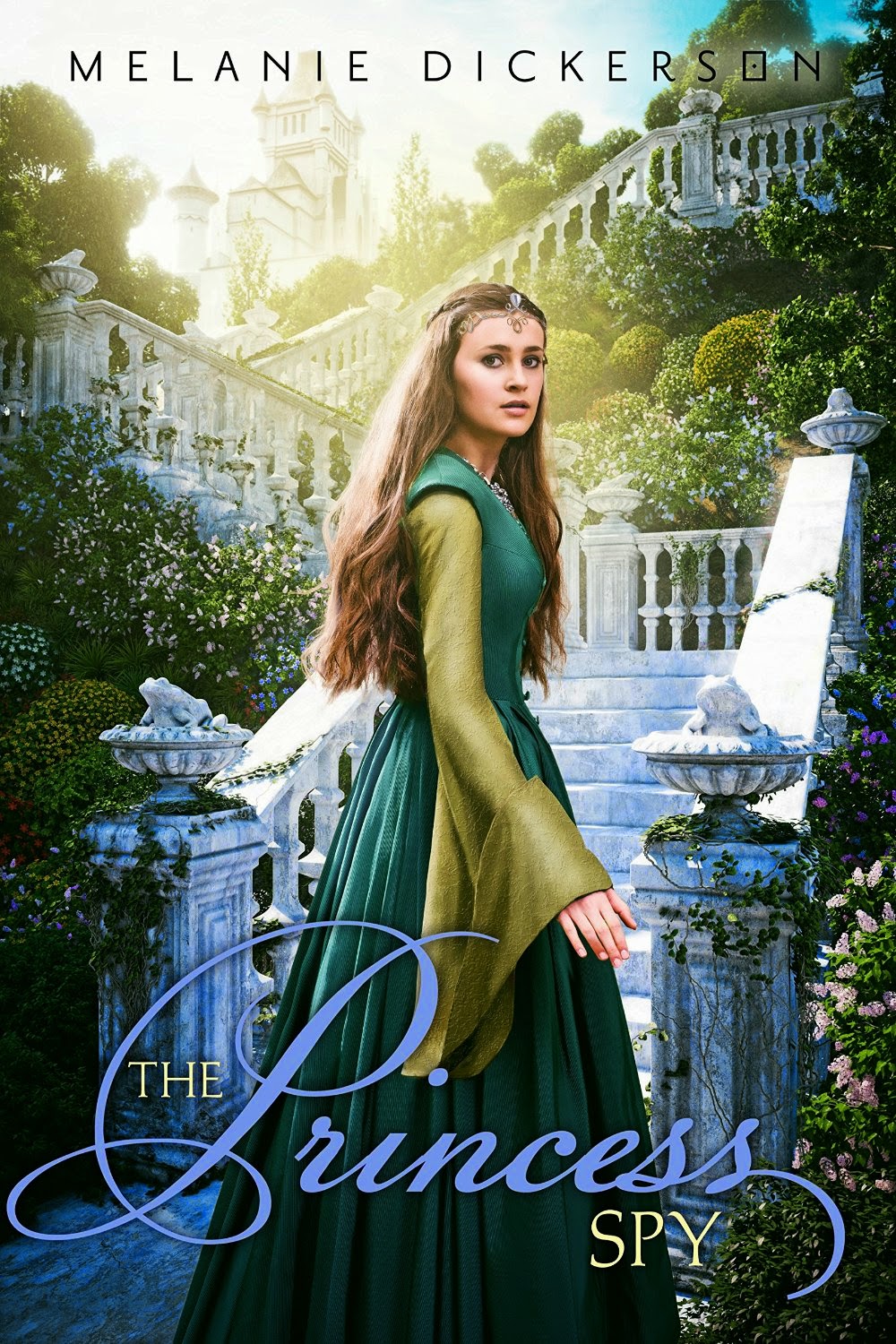 When "The Princess Spy" by Melanie Dickerson came up as available for review on Booklookbloggers, I knew I had to read it!  I had gotten "The Captive Maiden" previously to review and enjoyed is so much, I got all the rest of Melanie's books and read them, too!  So, I knew that I would love "The Princess Spy" as much as the other ones.

Three of Melanie's four other books follow the same family in Hagenheim, first with the parents, and then with each of the oldest two sons.  "The Princess Spy" is the oldest sister's story.   I audibly gasped when I realized that Melanie had also tied in the "The Merchant's Daughter" with this book!  My husband wondered what was going on!

Margaretha is supposed to be picking a suitor to marry, but she just isn't finding her "knight in shining armor".  She is sure her propensity for talking has scared off more than one suitor.  Her latest suitor, Lord Claybrook doesn't seem to mind her talking and gives her gifts.  Has she found the one she could marry?

Colin le Wyse comes from England chasing the man who murdered her sister's best friend.  Instead, he is beaten and left for dead just outside of Hagenheim.  Margaretha helps the healer tend to Colin's wounds and realizes that she is the only one who can communicate with him since she knows English.  When Colin warns her about Lord Claybrook, she doesn't believe him at first, but agrees to spy on him.  Will they be able to save Margaretha's family and warn her father of Claybrook's plan?

I liked how Colin and Margaretha's relationship grew throughout the book and how they matured in their faith in God.  There isn't a lot of time spent on talking about Margaretha's family as they were introduced in Melanie's other books.  There was plenty of action that takes place while Margaretha and Colin flee through the woods to find help while being chased by Claybrook's men.I enjoyed how Melanie portrayed the language barrier and how Margaretha kept having to interpret things for Colin.  (All except when Duke Wilhem was giving Colin directions near the end of the book, it didn't mention that she translated, so I wasn't sure if Duke Wilhem was speaking English which I doubted, or if Colin was understanding the German)  I was intrigued by the familiar looking woman that was mentioned on the last page!  Now I want to know who she is!!

"The Princess Spy" is very loosely a "re-telling" of the Princess and the Frog/ The Frog Prince.   It doesn't have as much of a re-telling of the fairy tale as Melanie's other books, but she couldn't really have a man that had been turned into a frog!   Also, Margaretha doesn't do a lot of spying, but she does do several heroic acts and is a strong, capable character.  "The Princess Spy" is listed as a Young Adult book, but I think older people would also enjoy it (I'm definitely not a teen!)

"The Princess Spy" is available for Kindle:

I received a free paperback copy of "The Princess Spy" in exchange for my honest review from booklookbloggers.  The opinions are my own.
Posted by Becky Dempsey at 11:05 AM

I loved this story. This one and Captive by Melanie Dickerson were my favorites.