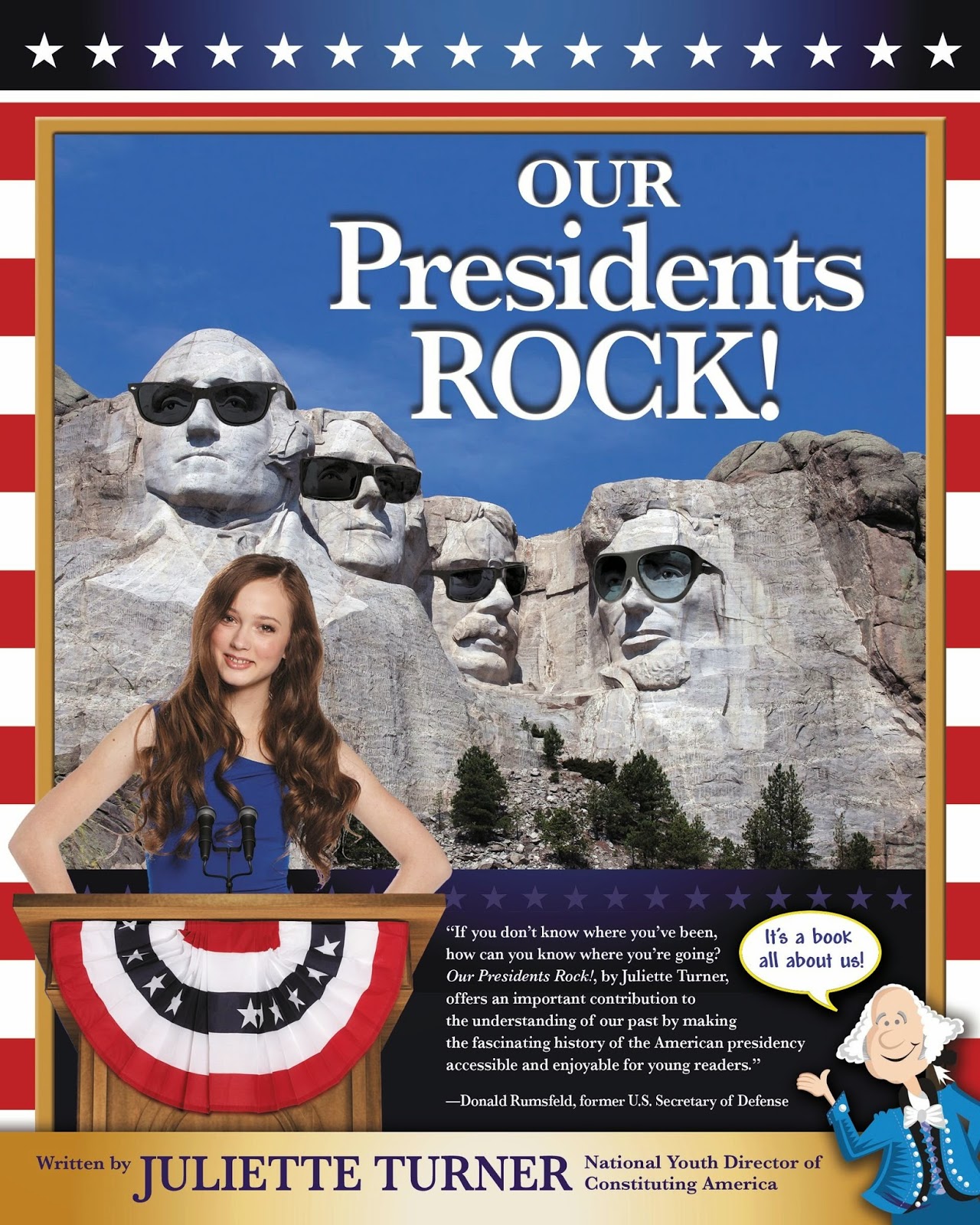 "Our Presidents Rock" by Juliette Turner is an awesome book!   It is a treasure trove of information about our nation's presidents.

For each president, it gives:
It also gives his 'fast stats"
The sections that it covers for the president are

There is also a time line of when he was president that shows other things that were going on at the same time, trivial information that is interesting about him, and a page made to look like a newspaper called "Presidential Times" that gives some of the headlines of the day.

One feature I thought was interesting was the "State of the Union" that shows the population at the time of his presidency, what $1 then would be worth now, and what the US debt was at the time.

I found the Election Results maps to be a little confusing as they used purple for the winner of the race with blue as runner up (with other colors as needed for more candidates).   I found this hard to follow since from one election to the next, the color representing that person changes if he lost the 2nd time.  It may also come from our familiarity with the traditional red and blue colors used now to identify the parties.

"Our Presidents Rock" also includes a section at the beginning of how to read this book explaining what each section covers.  The back of the book shows what the make up of President Washington's cabinet looked like compared to what President Obama's cabinet looks like today.  I liked seeing the presidents represented on the height chart together so you could see how they compared to each other.

I received a free copy of this book in exchange for my honest review.
Posted by Becky Dempsey at 11:14 AM

Sounds like a very good book for kids to learn about presidents from the past.