I was given the opportunity through House Party to be a "Chatterbox" for LEGO Juniors.  They sent us some LEGO sets to try out and review.  There was a smaller set and a larger set.  I decided to let Andy put the smaller set together while the older kids were at school so I could get a better picture of how easy it was for him to do on his own with out assistance (interference) from his siblings.

Andy was excited to be able to "read" the directions by himself and figure out how to put the digger together.  After he was finished, he kept taking it apart so he could put it back together again!  The car has a base that you put the other parts onto so it is faster and easier to get to the finished product.  I thought this was a really nice feature as it gave him a stable base to start with. 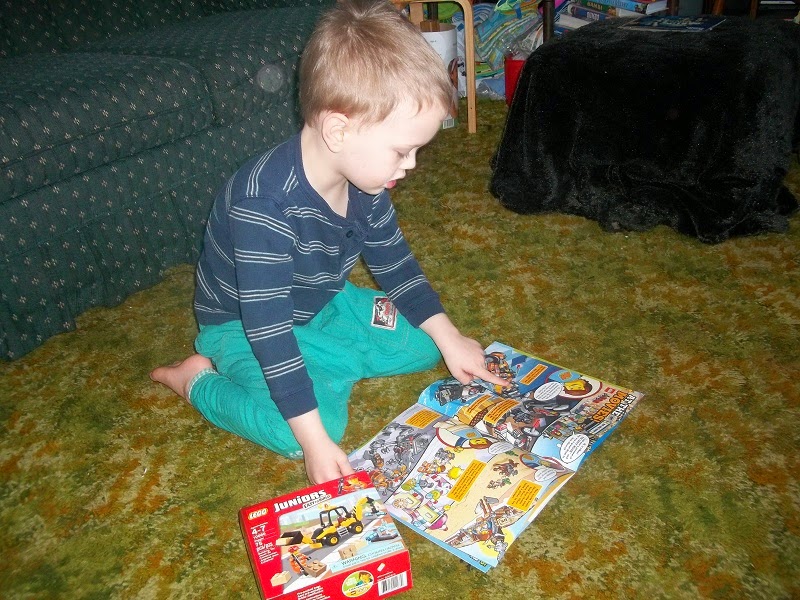 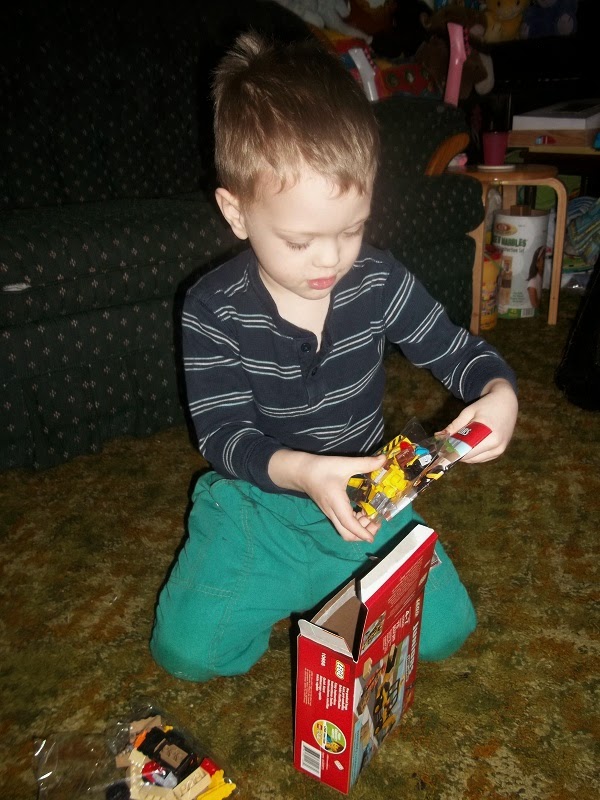 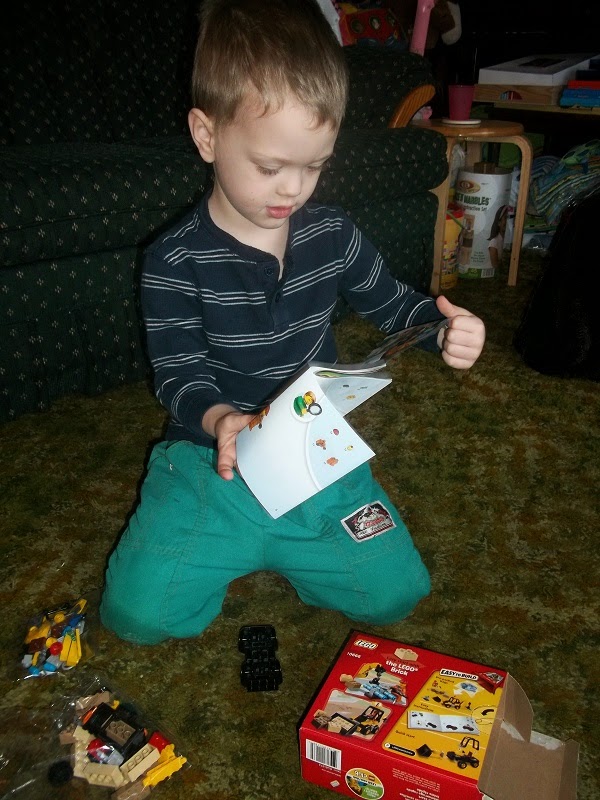 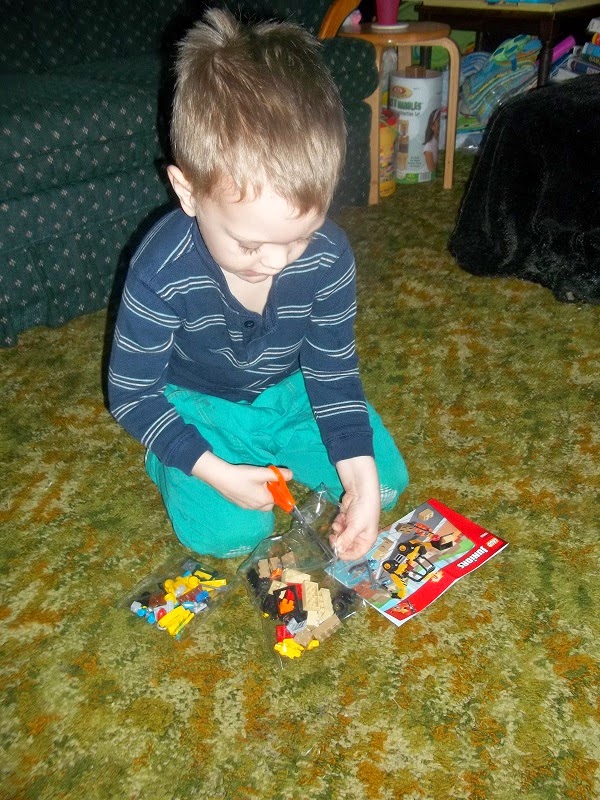 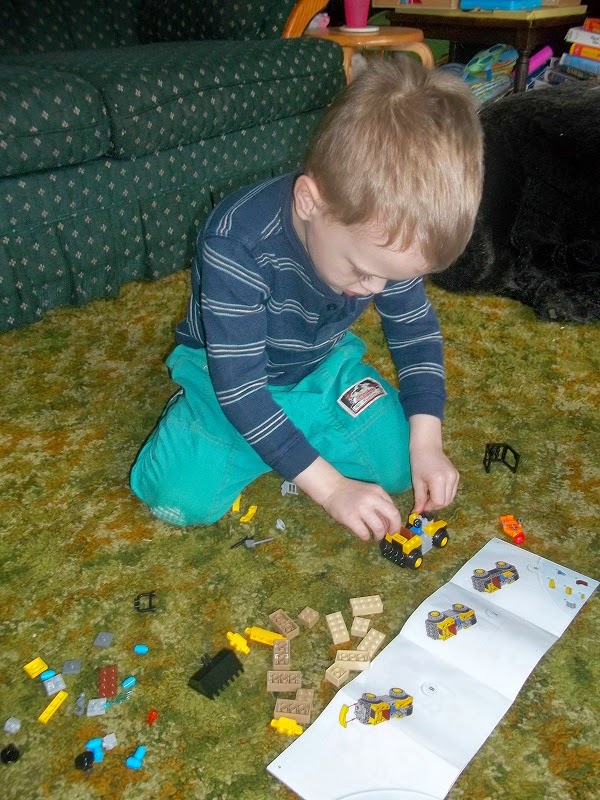 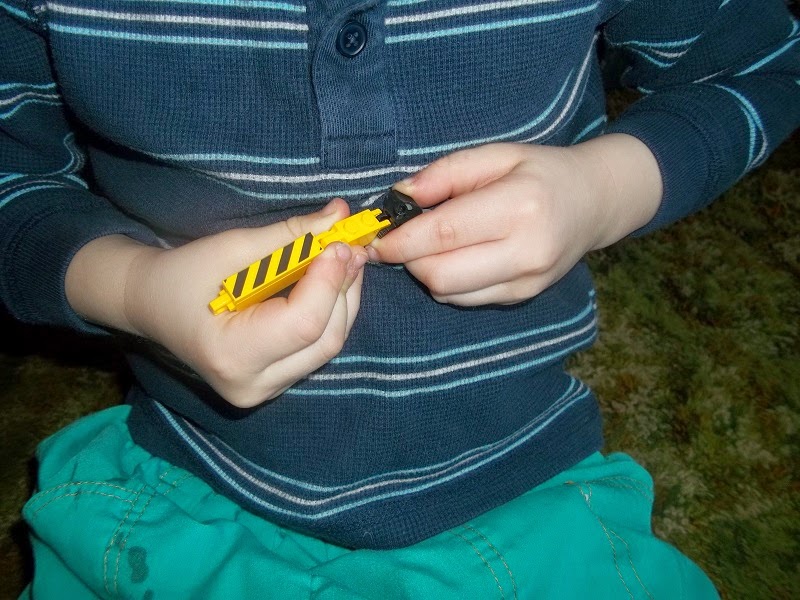 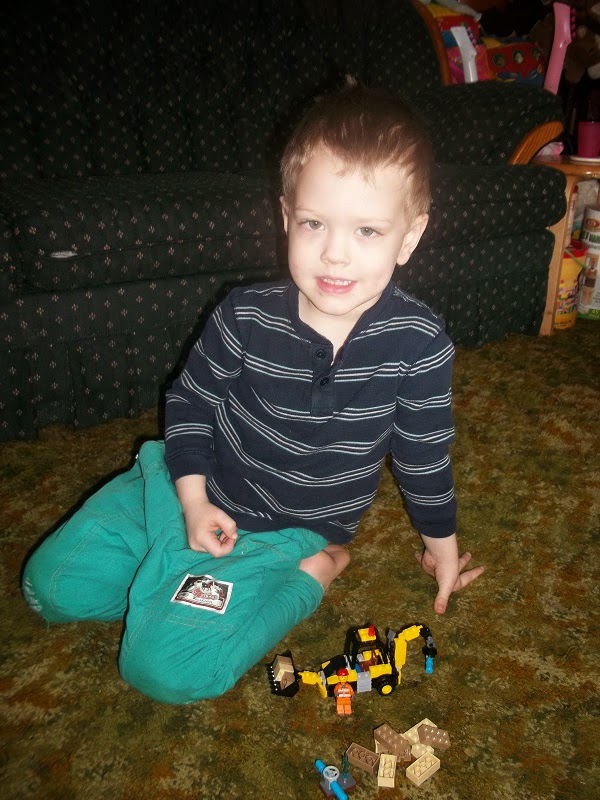 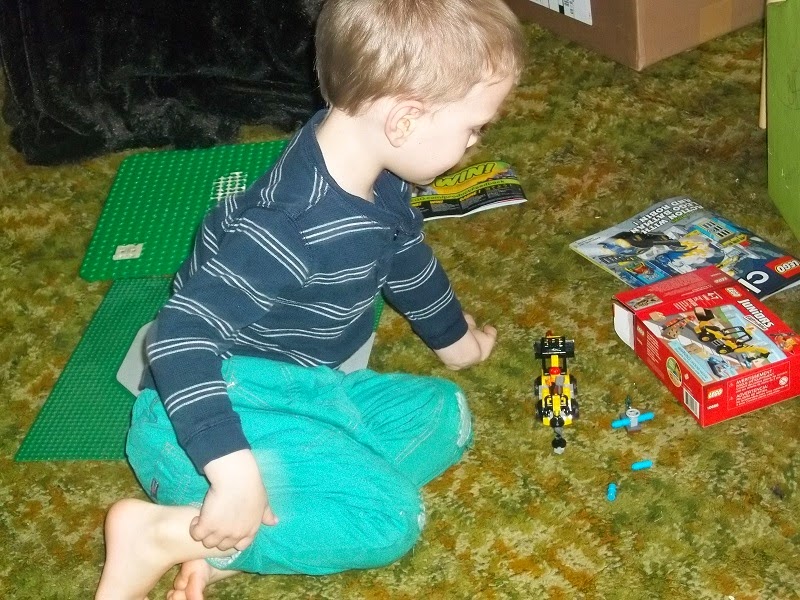 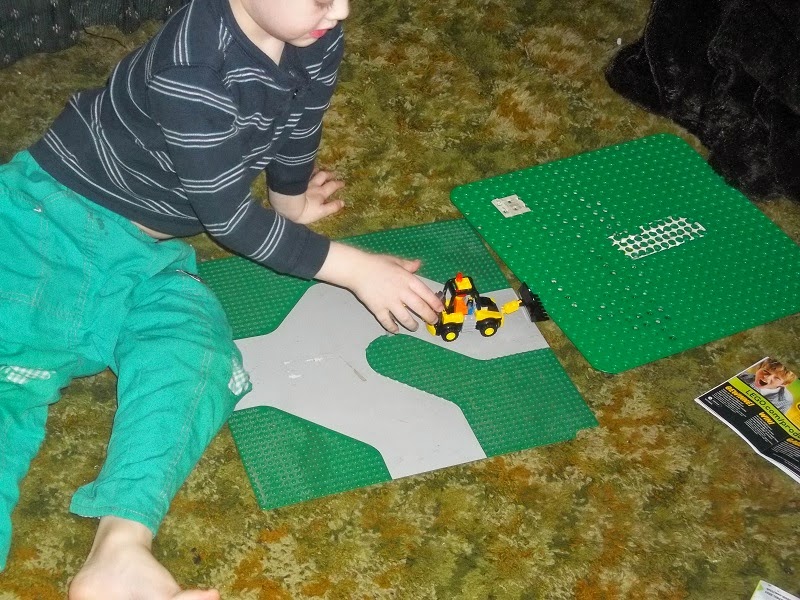 Once the other kids returned from school, I let them work on the Police station together.  The walls are preformed in one piece so that the set came together really quickly.  One thing that I found as a drawback to the floor base was that there weren't "bumps" in many places so the walls couldn't get put in very many places and they also tended to come off easily.  Playing on a non carpeted surface may have helped with this, too.  Overall, the kids LOVED the LEGO Juniors sets! 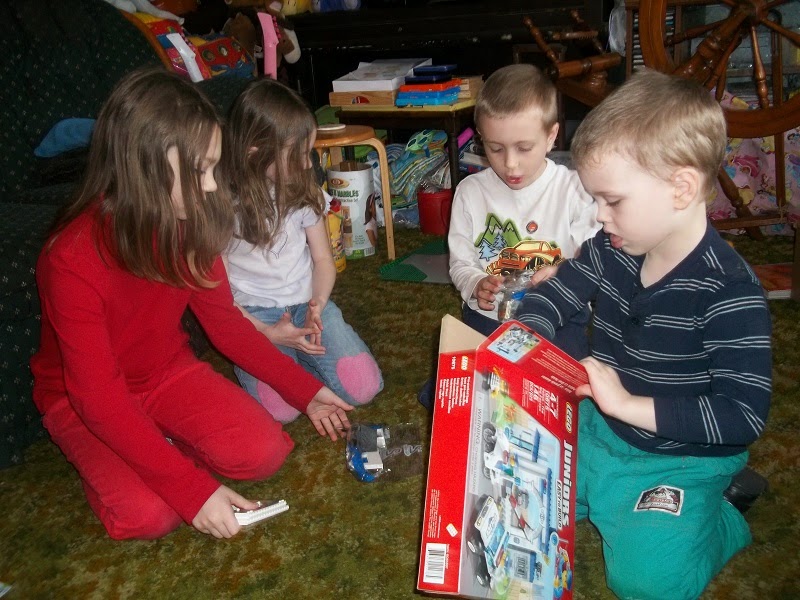 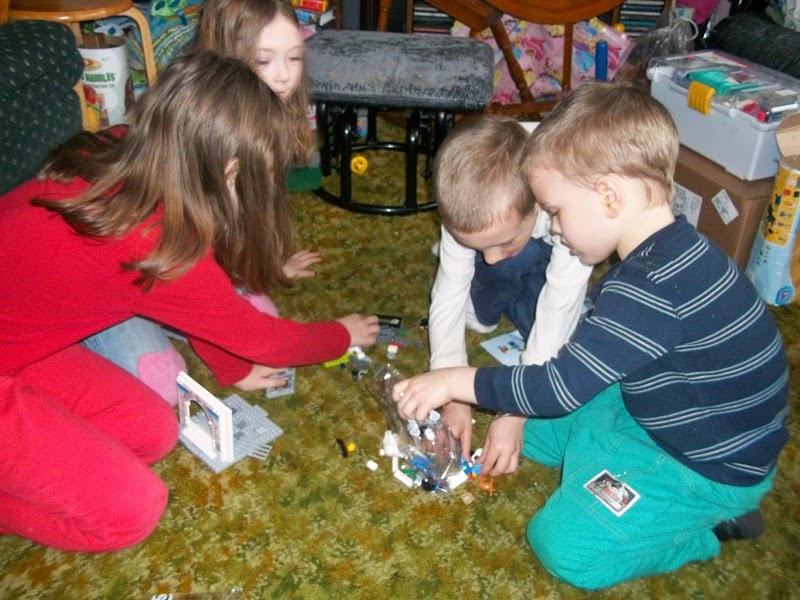 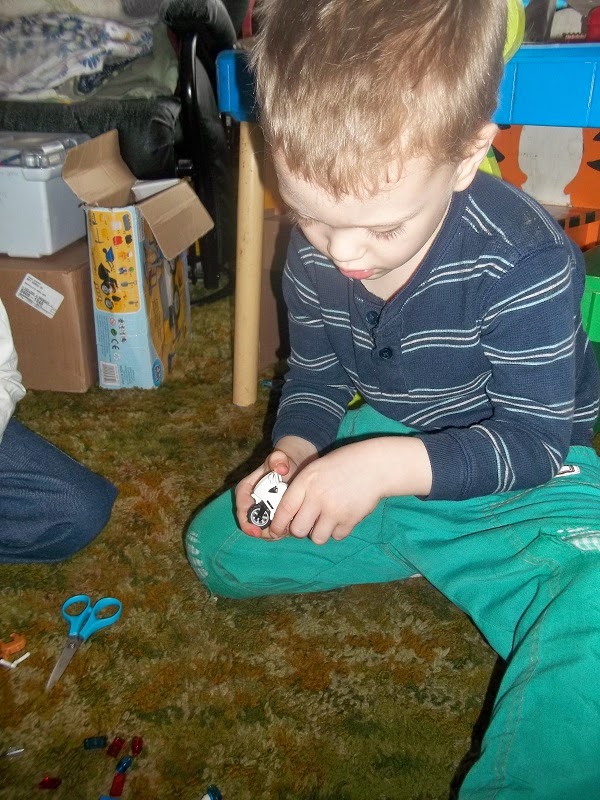 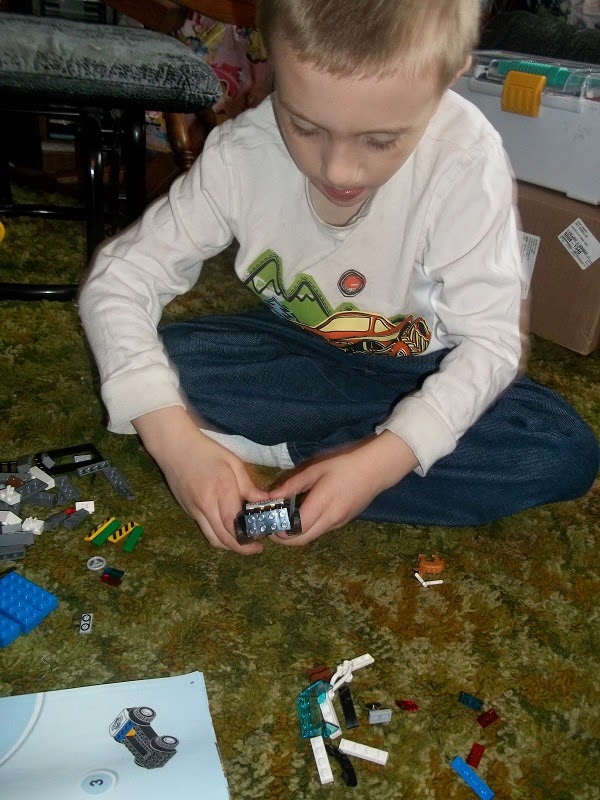 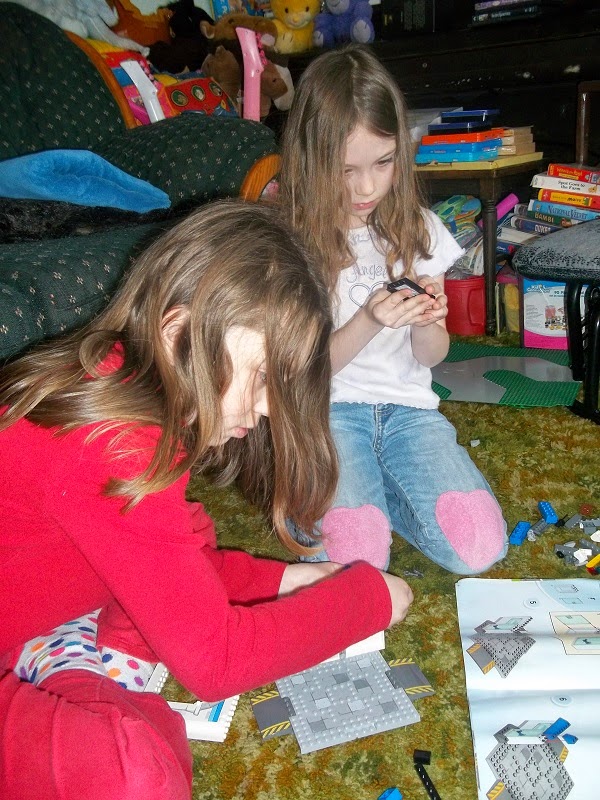 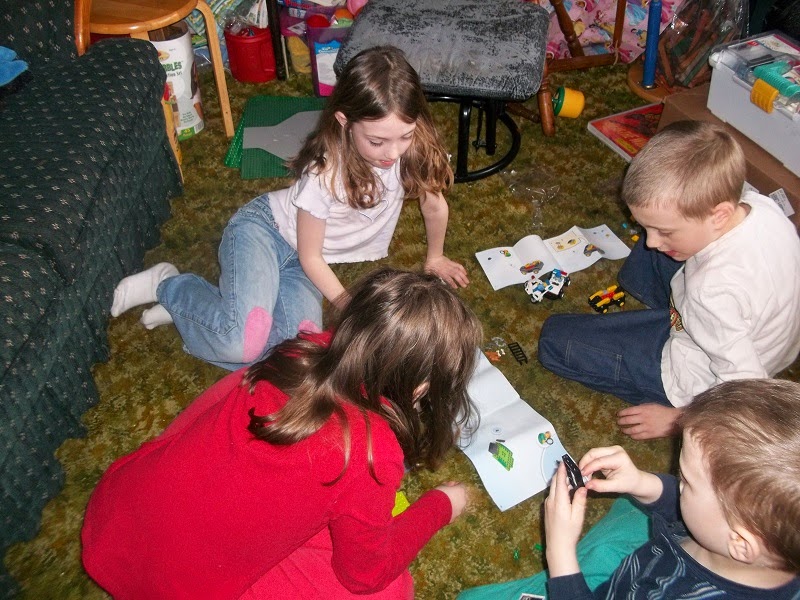 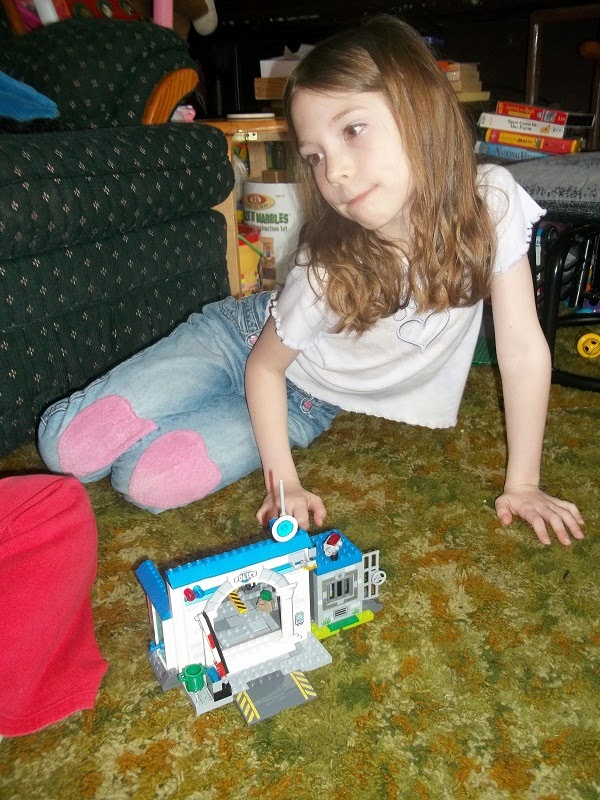 Posted by Becky Dempsey at 6:08 PM

My Sam has a lot of trouble with fine motor skills, and so for his birthday I bought him a tub of the Junior Legos---he really likes Legos, but needs a lot of help with the regular sized ones! So far school has taken over his time, but I think they will work better for him! I enjoyed reading your review! Love,
AM