"Mishaps off the Mainland" by Tabitha Bouldin -- Book Review, Blog Tour, and Giveaway 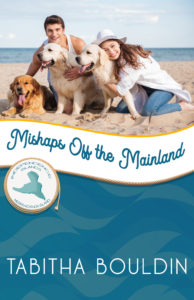 Book:  Mishaps off the Mainland

All Mel wants is to run the business of her dreams.

Melody Carmichael’s mobile pet grooming business might sink before it can sail when a favorite pet escapes her care. Doggie escape-artist, Daphne, got a taste of freedom, and the Afghan hound refuses to be found.

Enter Zeke Solomon. Desperate to bring the dog home for his grandmother, Zeke steps in to save the day.

And working together with Zeke would be a snap—if he would just stop blaming Mel for Daphne making a break for it.

Zeke is desperate to prove himself worthy of the Solomon name and step out from his father’s shadow. With his father breathing down his neck and demanding he return to the company business, Zeke must decide whether confronting the man he admires most is worth the risk of alienation.

Everything’s falling apart, and Mel’s dream transforms into a nightmare. She thought this was what God wanted for her life, but can you blame her for second-guessing everything?

Was it all just a mistake?

Mishaps off the Mainland is the fifth “Merriweather book” in a new series featuring five islands, six authors, and a boatload of happily-ever-afters.

"Mishaps off the Mainland" is another Independence Islands book set on Merriweather Island. It mentions a couple of the people from other books, but Melody doesn't interact with any of them. I liked the spiritual journeys that the characters experienced and how they grew. I felt the book was well written. I can see some possible people who might have books in the series later on. I look forward to reading more books in this series. 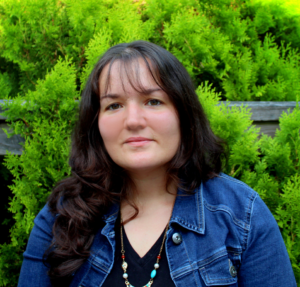 Tabitha Bouldin is a member of American Christian Fiction Writers (ACFW) and an avid reader. When she’s not busy homeschooling her two boys, you’ll find her buried in a book.

I get this question a lot when I bring up Mishaps off the Mainland.

I mean, I could have chosen any occupation as long as it could be mobile. Anything from a mobile doctor office to a bug specialist. The world was wide open for ideas.

After just completing a rather serious series, I wanted to write something lighter, funnier, but with that same depth and heart that I love to read. I also needed something that fit my character, and Mel had some pretty strong opinions right out of the gate.

You see, Mel is one of those characters who spoke to me right away. She loves animals. All animals but especially dogs. They’re her happy place. Mel is also a giver. She will drop everything to help someone else.

When I asked her what her dream job would be, she answered me faster than any character ever has. Pet groomer! (Yes, I talk to my characters.)

And I thought, why not a mobile pet groomer? She gets to spend all her time with animals (which is a bonus for me as the author), and Mel’s character traits can shine through her actions and reveal her giving heart.

Once the job was decided, I knew there needed to be some drama. What would be the underlying fear of a pet groomer? I didn’t want to injure an animal, so I went for what felt like second most traumatic, an escaped animal.

While Daphne’s escape is serious and causes Mel no end of sleepless nights, it also provides some comedic relief for Mel and Zeke while they work through their own personal battles. I like to think of Mishaps off the Mainland as a mixture of quirky fun and serious truth. The story was a joy to write, and I hope you fall in love with Mel and Zeke.

For Him and My Family, December 23

She Lives To Read, December 26

Because I said so — and other adventures in Parenting, December 28

Adventures of a Travelers Wife, December 30

To celebrate her tour, Tabitha is giving away the grand prize package a $50 Amazon gift card and a copy of the book!!

Posted by Becky Dempsey at 8:01 AM

Sounds like a really fun story with likeable characters.