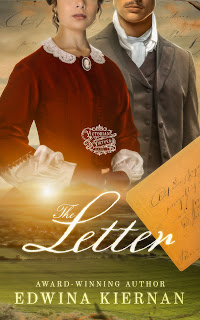 She wants a new life.
He’s in danger of losing his.
Will love solve everything — or immerse them in even worse peril?

Restless and ready for a change, Grace Stratton gladly accepts the opportunity to leave her remote parsonage home to serve as a wealthy spinster’s companion in the idyllic country town of Lindenfell. Its warm atmosphere and friendly inhabitants sooth Grace’s lonely heart. But when a mysterious stranger arrives, she soon discovers things aren’t always what they seem.

Convinced chloroform will revolutionise the medical world, Dr. David Carbury frequently administers it to his London patients — until one of them dies. Facing a grave trial to prove his innocence and defend a drug most people view as poisonous, he makes hasty plans to buy time to bolster his case. But he wasn’t expecting to face an even deadlier challenge.

As attraction sparks not long after they meet, Grace soon suspects he’s hiding something, and David knows he can’t run from the truth forever.

Immersed in faith and intrigue, this Christian Victorian romance from award-winning author Edwina Kiernan will encourage and delight you long after you turn the last page.

Grace Stratton turned her head toward the unfamiliar voice. Not again.

Her gaze roamed fiercely across the gaggle of middle-aged women standing at the other side of the pew. One woman attended the church regularly, but the other three Grace had never seen before.

One of the strange women glanced away a little too quickly. She grabbed at her cuffs and straightened her sleeves, her head tilted to one side and an affectation of innocence on her taut face. Her showy hat with a splay of bright feathers reminded Grace of a peacock’s unfurled tail, and she was in no doubt from the woman’s demeanour that she was wont to strut about with just as much pride.

She glanced at her mother, Ruby, who was deep in conversation with a newly widowed parishioner. Her brow was furrowed in sympathy, and the fingers of her right hand fiddled absent-mindedly with the top button at the neck of her pale green dress.

No one would have been able to guess the pain and devastation of Ruby’s early life by merely observing her now. But plenty of people knew the story. And Grace was more than tired of the fact that when someone new visited the church, they did not do so in order to hear a rousing sermon by her father, who was parson there, but in hopes that they might catch a glimpse of his wife.

Edwina Kiernan is the Christian author of the award-winning novel, Ruby’s Redemption.

An enthusiast of classic novels and history, Edwina combines her faith, imagination and research in hope-infused tales set in times past.

A lifelong word admirer, with Welsh and Irish heritage, she started writing stories early in childhood.

She is a committed follower of Jesus (the Living Word), and endeavors to use her pen to point others to Him.

When she’s not writing, Edwina loves spending time with her dashing husband and lively little son, reading and studying the Bible, getting lost in a captivating novel and drinking more types of tea than most people realize even exist.

Posted by Becky Dempsey at 2:42 PM