"Every Star in the Sky" by Sara Davison -- Epic Book Launch 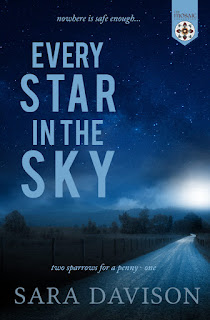 Book: Every Star in the Sky

She is willing to testify against her trafficker. If she can stay alive that long.

How many times has Detective Cole Blacksky said that to her since helping her escape the life she’d been forced into eight years earlier?

Starr desperately wants to believe him, but she knows Brady Erickson, her former captor, too well. Although Cole has promised her protective custody on his family’s remote ranch, no place on earth is safe enough. Brady will stop at nothing to permanently silence her before she ever reaches the witness stand.

And he is powerful enough to do it.

If Starr wants to help Brady’s other victims, she has no choice but to put herself in God’s hands. And Cole’s. But the longer she and Cole stay hidden, the more her life is at risk.

After he’d seen her in person—understood the kinds of acts she performed to avoid a beating, or worse—he might have decided she was not worth the risk. Which would be for the best. He’d stay away from her, and her life could return to the way it had been before he strolled into her hotel room.

Emotions sparked in her, as tangled as the Christmas lights her foster mother had pulled out of the box of decorations every year. Before Starr could try to sort them out, the doorknob turned.

Her head jerked in that direction. Brady. The door opened slowly and a little of the tension that had seized every muscle eased. If Brady or his men were coming after one of them, they always flung the door open, hard enough to send it crashing against the wall. The girls had adopted the habit of opening every door slowly so whoever was in the room would know she was safe. For the moment. No doubt Brady would figure that out at some point and use it to his advantage, but for now the system worked. 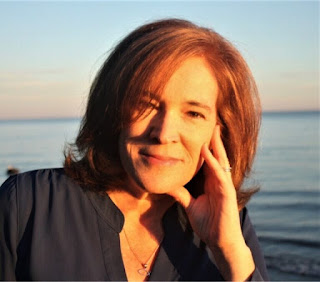 Sara Davison is the author of four romantic suspense series—The Seven Trilogy, The Night Guardians, The Rose Tattoo Trilogy, and Two Sparrows for a Penny, as well as the standalone, The Watcher. A finalist for more than a dozen national writing awards, she is a Word, Cascade, and Carol Award winner. She currently resides in Ontario with her husband Michael and their three mostly grown kids. Like every good Canadian, she loves coffee, hockey, poutine, and apologizing for no particular reason. Get to know Sara better at www.saradavison.org and @sarajdavison.

Posted by Becky Dempsey at 9:55 PM