Book Review: "Along Came a Prince" by Carol Moncado 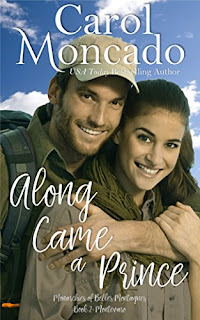 About the Book
The Monarchies of Belles Montagnes
Book 2: MontevaroRichard Antonio David Nicklaus is Montevaro's spare - and he likes it that way. He prefers traipsing through mountains and rafting down rivers to board rooms and state dinners. After one more trip through the Ozark Mountains, he'll have to head home and help his sister prepare for her wedding and coronation, taking over more official duties because of their father's ailing health.Trail guide Ellie Brewer is sick of rich, pretty boys, but she's assigned one on her last trip before heading to Montevaro to spend time with her aunt, uncle, and cousin, Charlie, before he marries a princess. She admits Rick does okay - until he fails to follow instructions and she ends up injured miles from where they're supposed to be.After Rick takes her on a once-in-a-lifetime trip on their way to Europe, Ellie spends her recovery in Montevaro. When Rick takes off for weeks at a time, and is seen dancing with other women, Ellie wonders if she really meant anything to him. Ellie finds herself drawn to another man, but knows he can't compare to the one she misses. Rick wants to be with Ellie but official duties have him flying around the world and concern for his distant cousin - Queen Christiana of Ravenzario - preoccupies him when he's home. Somehow, he'll have to convince Ellie not to regret the day Along Came a Prince.(Series previously title The Montevaro Monarchy)

My Thoughts
I enjoyed getting to be back in Montevaro once again with Rick's story. He didn't show up in the first book in the series, so I didn't know him from that book, but he did show up in "Dare You" which I had previously read. It was fun to read this book and see how he and Ellie ended up being the adorable couple they were in that story. I knew that Rick and Ellie would end up together, but I still held my breath at points when it seemed like Ellie might end up with Jonathan. This book set up events that happen in future books in the series. We also get to meet Ana, whose story is next in the series and I look forward to reading it soon. 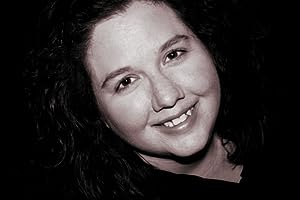 When she's not writing about her imaginary friends, USA Today Bestselling Author Carol Moncado prefers binge watching pretty much anything to working out. She believes peanut butter M&Ms are the perfect food and Dr. Pepper should come in an IV. When not hanging out with her hubby, four kids, and two dogs who weigh less than most hard cover books, she’s probably reading in her Southwest Missouri home.Summers find her at the local aquatic center with her four fish, er, kids. Fall finds her doing the band mom thing. Winters find her snuggled into a blanket in front of a fire with the dogs. Spring finds her sneezing and recovering from the rest of the year.

"Along Came a Prince" is available in paperback:

Posted by Becky Dempsey at 9:27 PM