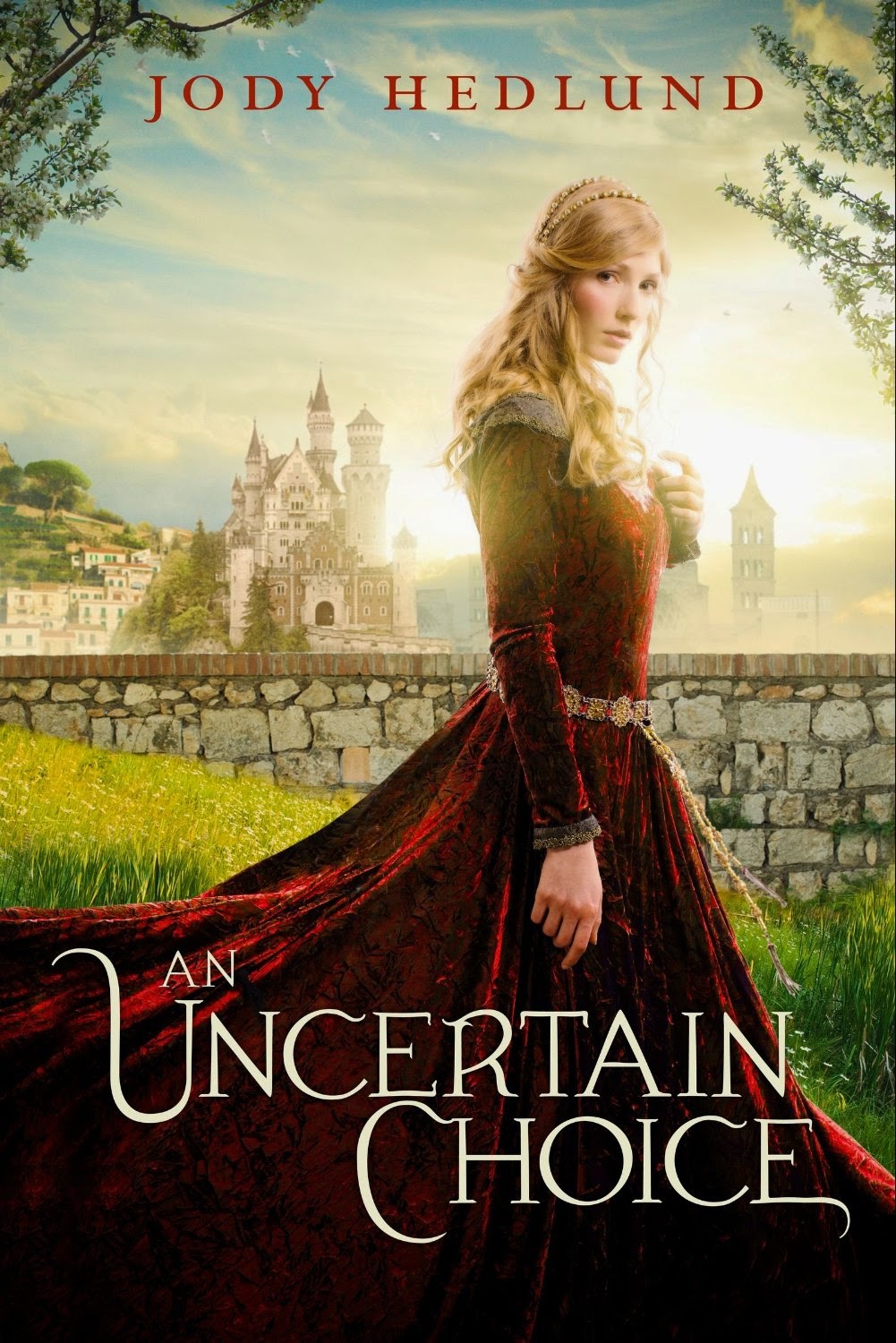 "An Uncertain Choice" by Jody Hedlund is set in the land of Ashby in the year 1390.

Lady Rosemarie Montfort is a month from her 18th birthday when she'll take her vows and join the convent. It had been four years since her parents' deaths and she found out about the ancient vow they had taken at her birth. Her godfather The Duke of Rivenshire arrives with the news that there is an exception to the Vow. If she were to find true love and marry by midnight of her 18th birthday, she did not have to become a nun. The duke brings along his three most loyal and brave knights to compete for her love, Sir Collin Goodrich, Sir Bennett Windsor, and Sir Derrick Harding. Will Lady Rosemarie find true love or does God truly want her to serve him as a nun?

While Lady Rosemarie tries to figure out the new feelings she is facing, there is also the mystery of the strange illness that is hitting the people of her lands and who is trying to harm the knights. I figured out who she was going to marry and had my suspicions about who was behind the attacks, but there were twists that I didn't expect, either."An Uncertain Choice" is written in first person point of view. Most of it is from Lady Rosemarie's point of view, but there are portions written from the point of view of one of the knights (I'll let you find out which one). Each person's point of view is differentiated with a different font. I had never seen that and found it to be a clever way to not give away too soon whose point of view it was.  I liked the characters and didn't want to put the book down, even though it is listed as "Teen fiction".

I would recommend this book for those who like historical/medieval inspirational romances.

"An Uncertain Choice" is available for Kindle:

I received a free paperback edition of this book in exchange for my honest review as part of the zblogsquad. All opinions and thoughts are my own.
Posted by Becky Dempsey at 12:19 PM